A Bangladeshi Formed Police Unit (FPU) with the hybrid United Nations-African Union peacekeeping force in Darfur (UNAMID) has conducted its first long-distance patrol, aiming to both test its operational capacity and enhance the visibility of the UN Police in the war-wracked region of western Sudan.
Note: Finally, the FPU start conducting an operation since its coming on December 2007, due to many obstacles faced during deployment.

The patrol covered about 200 kilometres during the journey from its base in Nyala, the capital of South Darfur state, to El Fasher, the capital of North Darfur and the headquarters of UNAMID.
Note: Bangladeshi FPU is based in Nyala (South Darfur) will share the AOR with Indonesian FPU, soon.
AOR stands for Area of Responsibility.

UNAMID Police Commissioner Michael Fryer (South African) said the patrol also provided an opportunity to assess the public response in Darfur to a UN Police presence in the region, where more than 200,000 people have been killed and at least 2.2 million others displaced because of fighting between rebels, Government forces and allied militia since 2003.
Note: The figures of civil war victims are only estimation, there is no exact number and this is still disputable.

“We have a long way to go, but the officers are prepared to do their work and to make a difference”, Commissioner Fryer said, referring to the operations of UN Police in Darfur since the start of the year, when UNAMID took over from an earlier African Union peacekeeping force.

FPUs are comprised of police officers who have received specialized training in high-risk operations, and the Bangladeshi unit operating in Darfur is the only FPU contingent currently in the region out of the 19 such contingents recommended for UNAMID.

Note:
The Indonesian FPU, you are expected to perform your duty at that Mission area with a high caliber of specialized duty, to support peace and living in harmony with all UNAMID components and community.
Welcome and good luck! 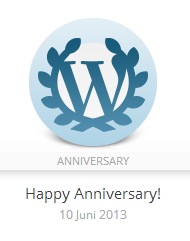